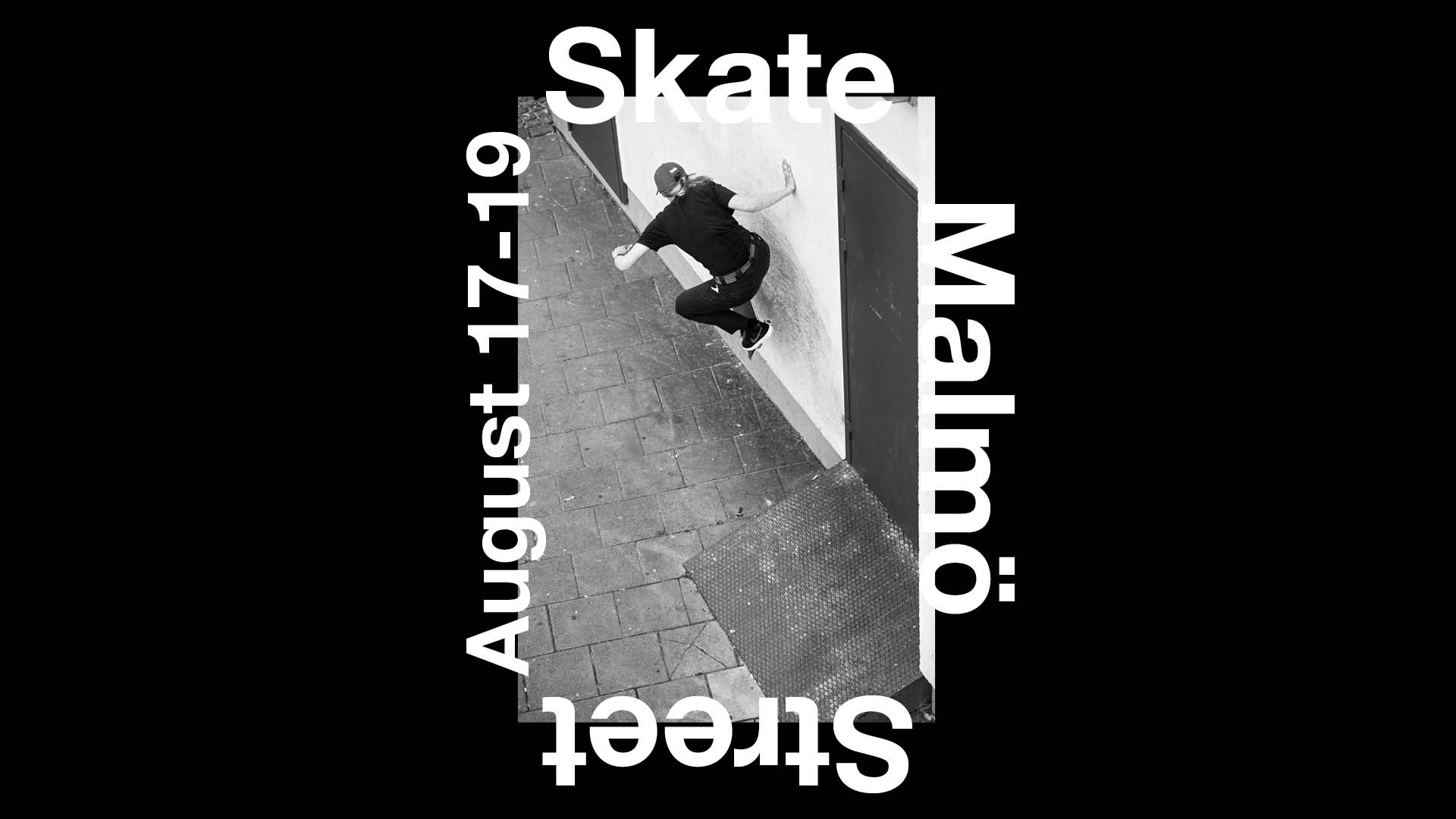 Skate Malmö: Street 2018 was a weekend of sessions all over Malmö. Entry was team-based, open and free. Anyone could enter. Skateable installations was spread around the city, Källan Open kicked off on the friday and of course the Svampen Session ended it all on the Sunday.

There it is – Three days, three events and hoards of skaters roaming around Malmö.

’What’s going on? There are skaters everywhere.’

Friday brought Polar into the mix with Källan Open with tricks for cash followed by the premiere of We Blew it at Some Point. Calle Svantesson closed the show by committing himself and board in spite of feasibility of that all-too-long kicker to kicker setup. And much more.

An unfortunate incident took place at Källan Open where a conflict rose between two skaters and discriminating language was used. We want to take this opportunity to stress that Skate Malmö strives to create a safe and welcoming space for everyone and that sexism, transphobia, homophobia or racism does not belong here. We are working continually to improve our organization to achieve the goal of becoming the most welcoming skate event out there.

Getting things in place for Saturday had provided an interesting challenge. Three architects working with three different installations produced in six different locations all being placed over two days. And some of them, well, heavy.

’Wasn’t that the biggest one?’

’Apparently there is one bigger. It’s coming tomorrow.’

As registration started Saturday morning we started to get an idea of what was to come. Teams in full costume, hoards of kids waiting at the garage rooftop, long travellers and even some Gold School representation.

‘Right. Keep them here, then.’

The event setup was to have each team session each spot for two hours. But spread out – not all teams at once. Then film three edits by the end of the day. #skatemalmostreet2018

Going round the spots, it became clear that all three were kicking off throughout the day. So many differerent teams in different stages of their respective sessions, winding in and out of waves of intensity. Like a lung, breathing life into the city. Man. Totally.

Alexis Sablones ‘Lady in the Square’ installation at Värnhemstorget provided new banks, transitions and ledges to a traditional ledge spot, opening up whole new ways of approaching the space. Rich Holland’s ‘We’re All Golden’ at Nobeltorget introduced new geometrical combinations where the golden mega-kicker was heavily sessioned in spite of its knee-crumbling prospects. Søren Enevoldsens modular ‘Prototype 1’ opened up opportunities to place kickers, ledges and rails in different konstallations, opening up the existing features of the garage rooftop. By seven, the sessions were still going.

As the edits started coming in, the challenge of picking winners became real.

‘Shouldn’t those who made the best edits win?’

Of course they should. See below for results.

And of course, Sunday brought Svampen Session. New obstacles from the Lindängeskolan modular setup and good tunes from DJ Bella set the scene.  New for this year were the Svampen Summer Games, adding some fun (and confusion) to the day. 2-person drag-race and tic-tac challenges finished things up, leaving only the prize-ceremony. There it is, over and out.

Or not. After a few hours packing up, walking through Folkets Park and past Svampen, sessions were still brewing with skaters squeezing the last out of the weekend.

Thank you to everyone who made it. See you next year.

Make sure you check out #skatemalmostreet2018 for all the edits and all the action from the weekend.

Slayers of the weekend – Team Fritte 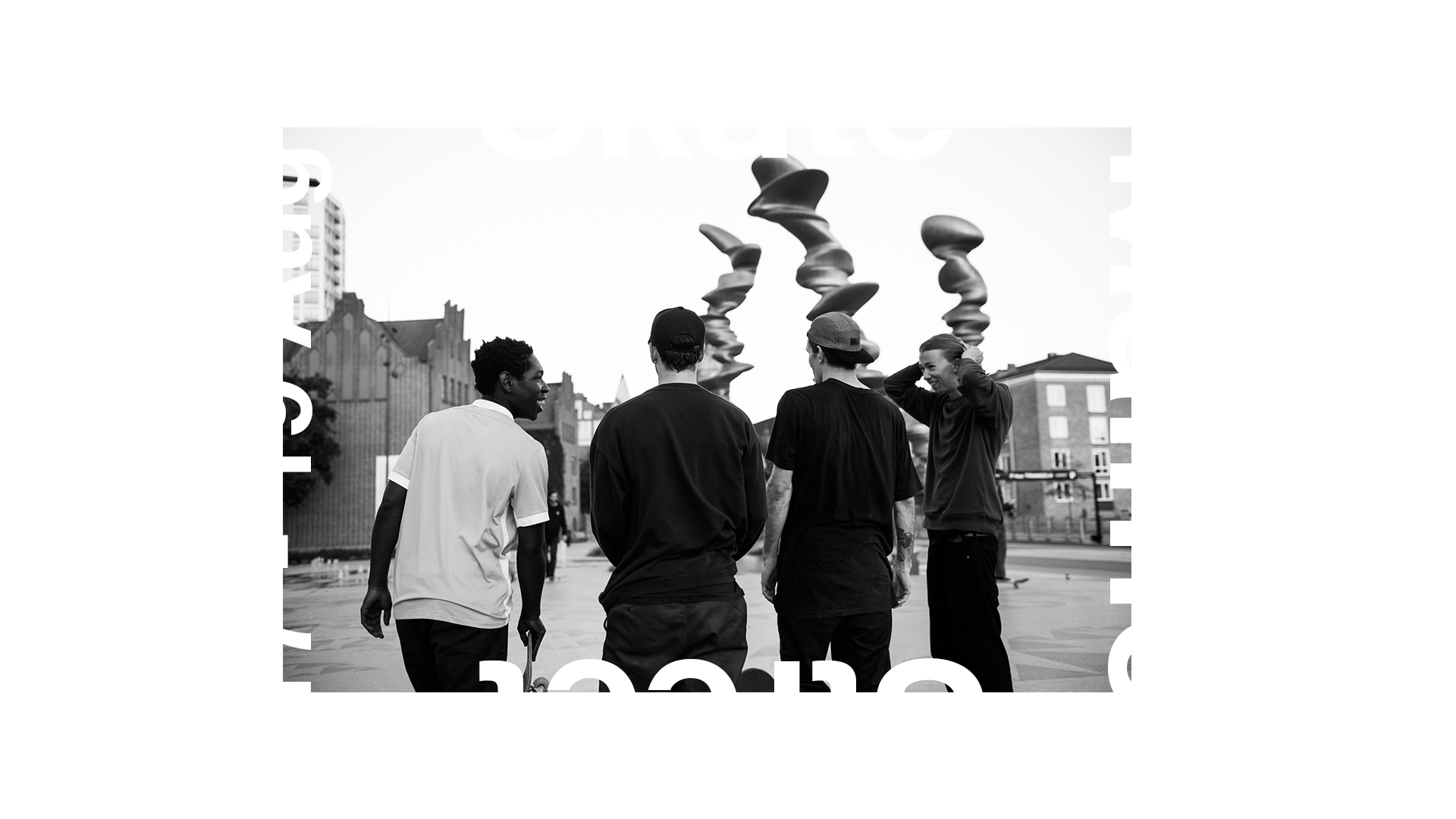 REGISTRATION for teams for the weekend opens from 16.Register and get your schedule for Saturday.

WE BLEW IT AT SOME POINT Polar Skate Co. film Premiere

Three new installations by architects Søren Nordal Enevoldsen, Rich Holland and Alexis Sablone at Värnhemstorget, Nobeltorget and Södervärn Parking Garage. Architects will be on site to answer questions regarding their installations 13-16.

Your team will be presented with a schedule for what order to session the different installations.

Every team gets two hours at each spot to film an instagram edit and tag #skatemalmostreet2018.

All edits posted by midnight. Use #skatemalmostreet2018

Best edit from each spot win €1500. Bonus prizes and more.

Summer-game team challenges, head-to-head team battles. Something for everyone.

SKATE MALMÖ STREET IS AN EVENT FOR PEOPLE INSPIRED BY SKATEBOARDING

Sexism, homophobia, transphobia or racism does not belong here.