Stapelbäddsparken was completed in 2005 and is in many ways ground zero for the collaboration between the City and the skaters of Malmö. When Bryggeriet pitched the idea of a large outdoor concrete park, they wanted it to be made by the best and situated at the heart of the city. The City of Malmö were impressed by the sense of responsibility the skaters felt for their scene and saw the value in creating a skateboarding destination in Malmö. With the departure of the shipping industry, plans for new coastal neighborhoods were brewing and the City of Malmö wanted young people to have a place in those areas. The open terms of engagemant of skateboarding meant that the park would be more than a sports facility, It would be a social hub for young people from all over Malmö.

Situated in the old shipyard slipway, the park was built by Bryggeriet, Stefan Hauser and his company Placed To Ride. The park consists of a bowl landscape and a street inspired area. It is a public park, completely free and the size is about 3000 square meters. 2014 saw the addition of a series of skateable metal sculptures to the open square. The sculptures are moved to create new constellations from time to time. 2016 saw the addition of a series of granite benches for the dual purpose of sectioning off the footpath and adding to the street area.

Stapelbäddsparken skatepark was created in collaboration with the skaters of Malmö. The park is primarily meant to be used for skateboarding. 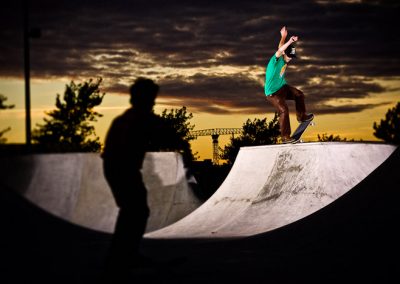 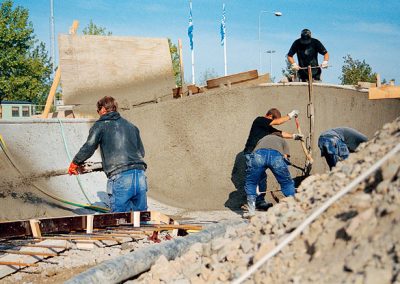 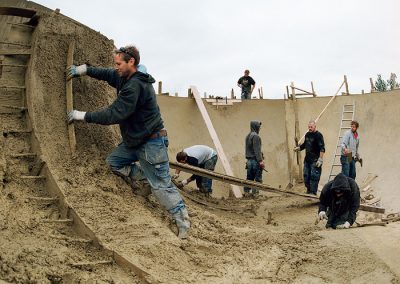 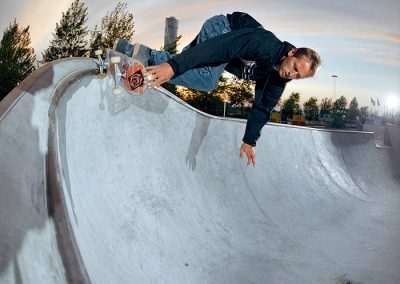 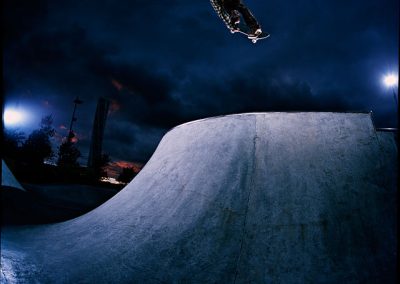 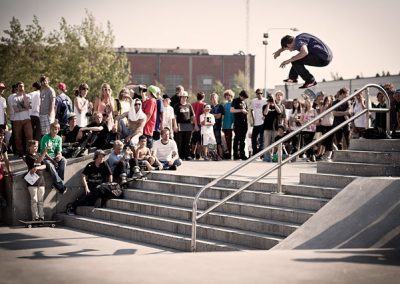 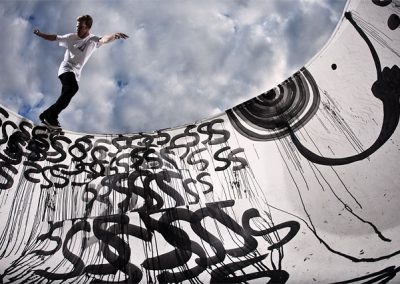 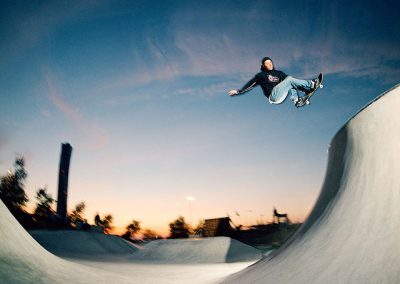 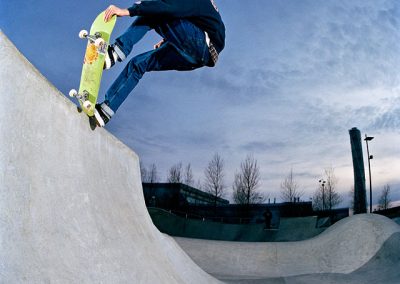 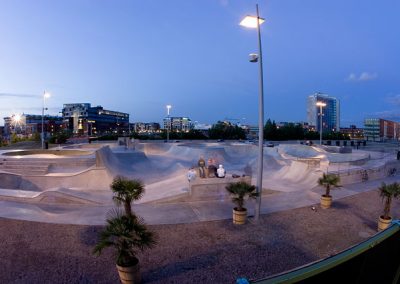 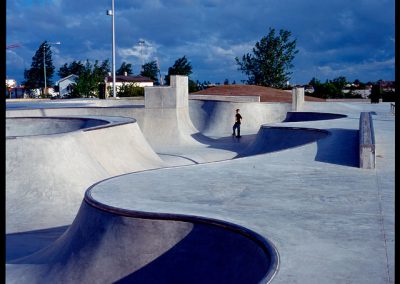 To be featured in the Stapelbäddsparken Instagram feed, simply tag your photos with the hashtag #stapelbaddsparken.