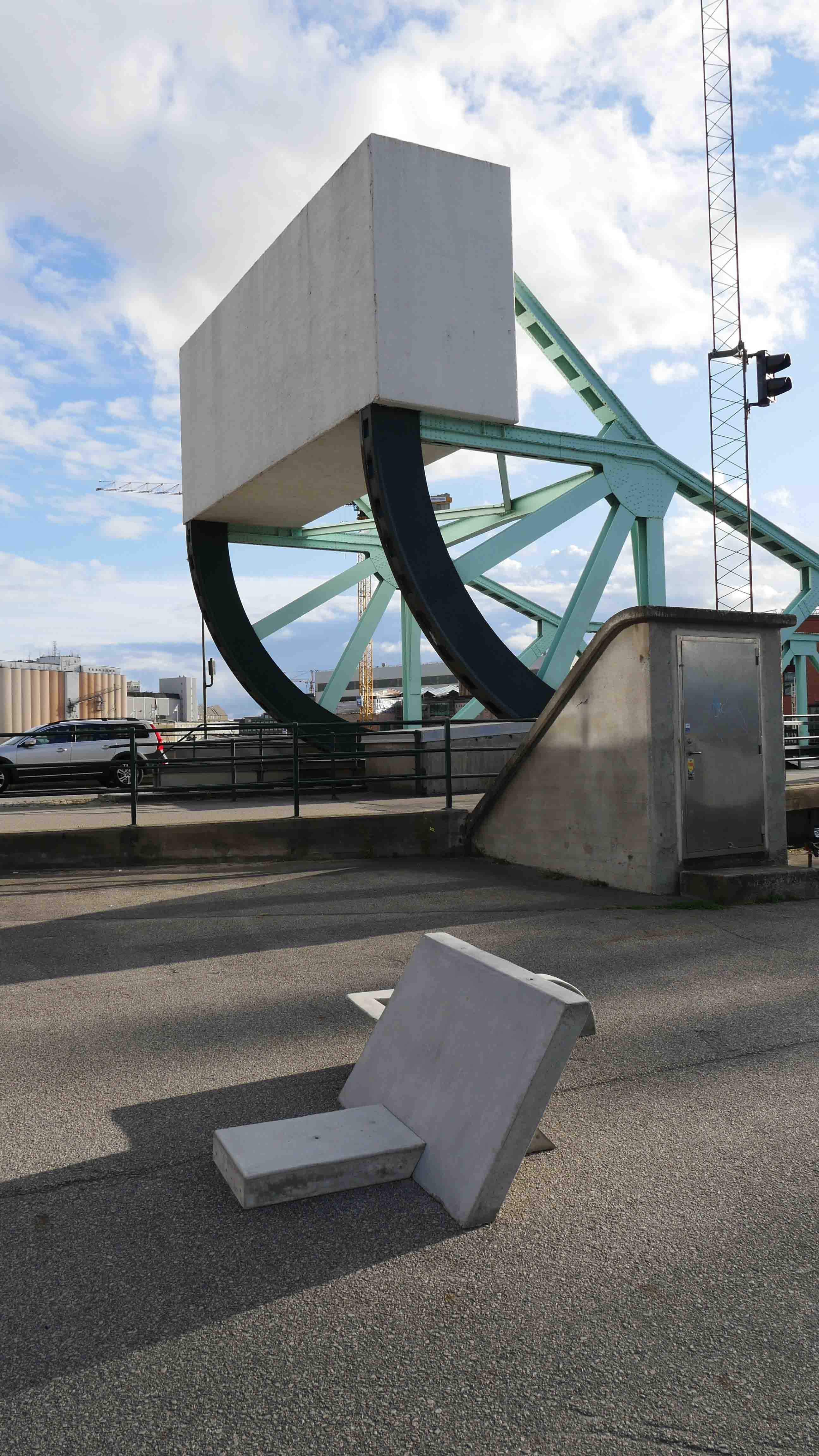 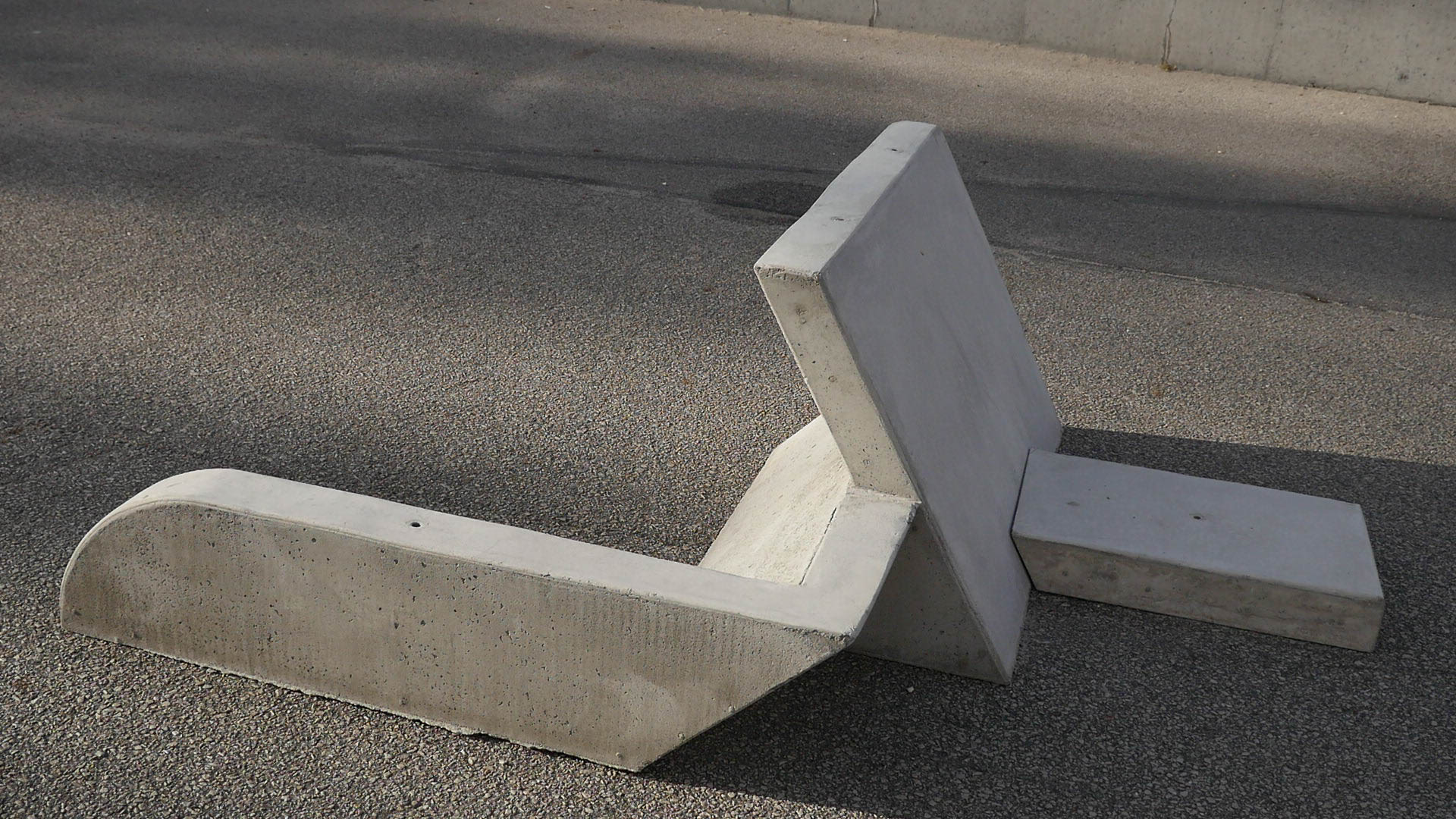 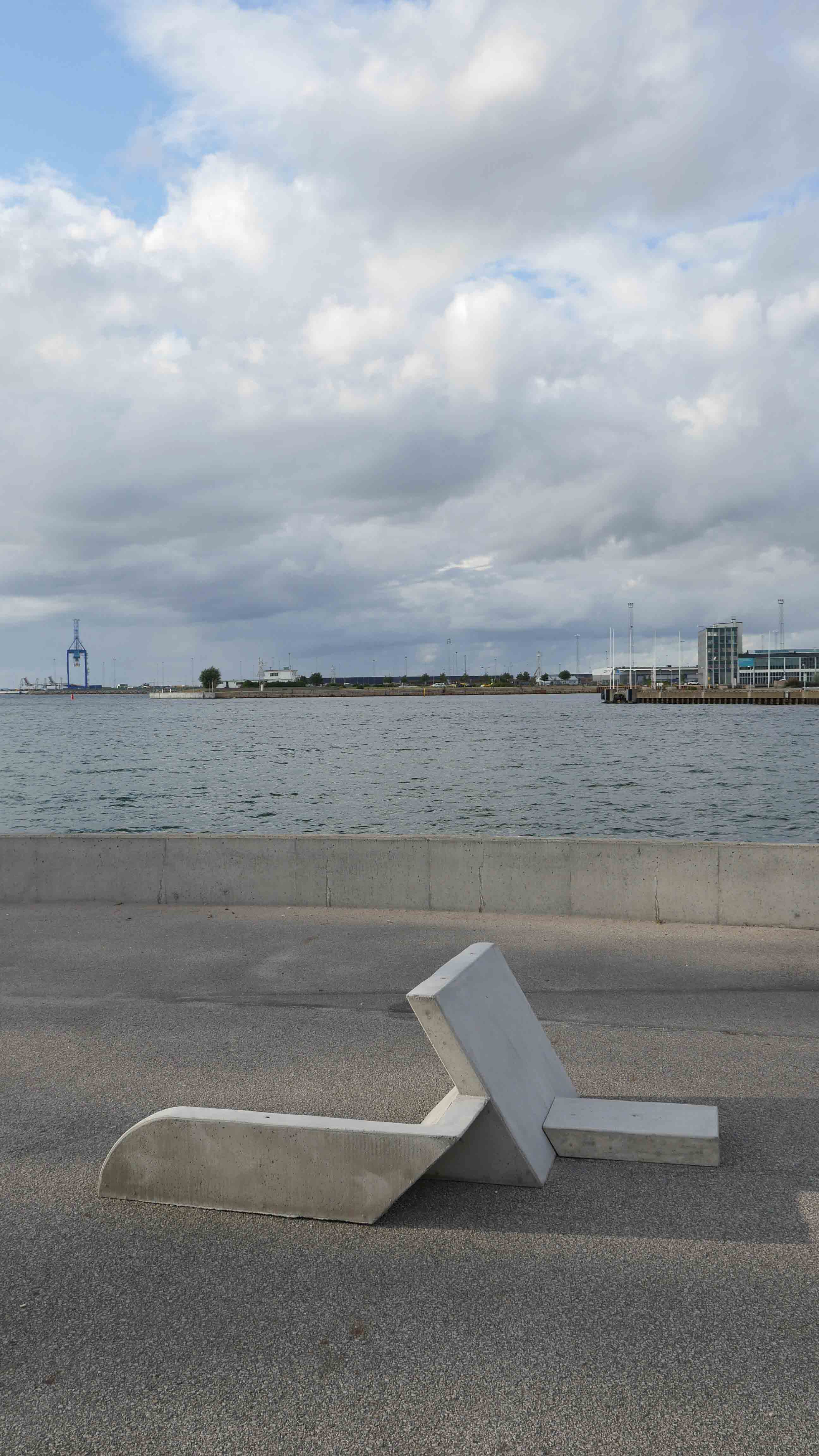 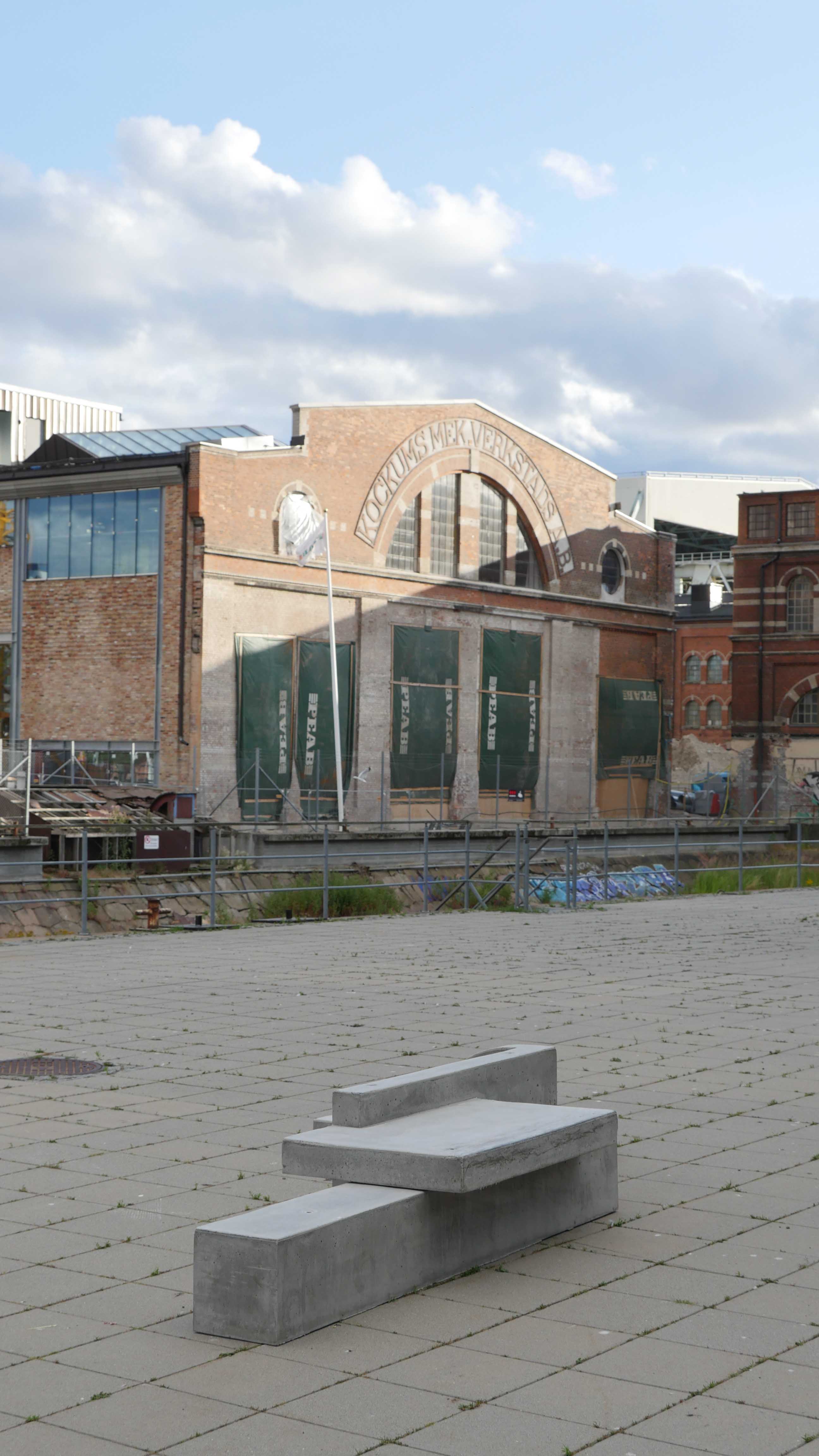 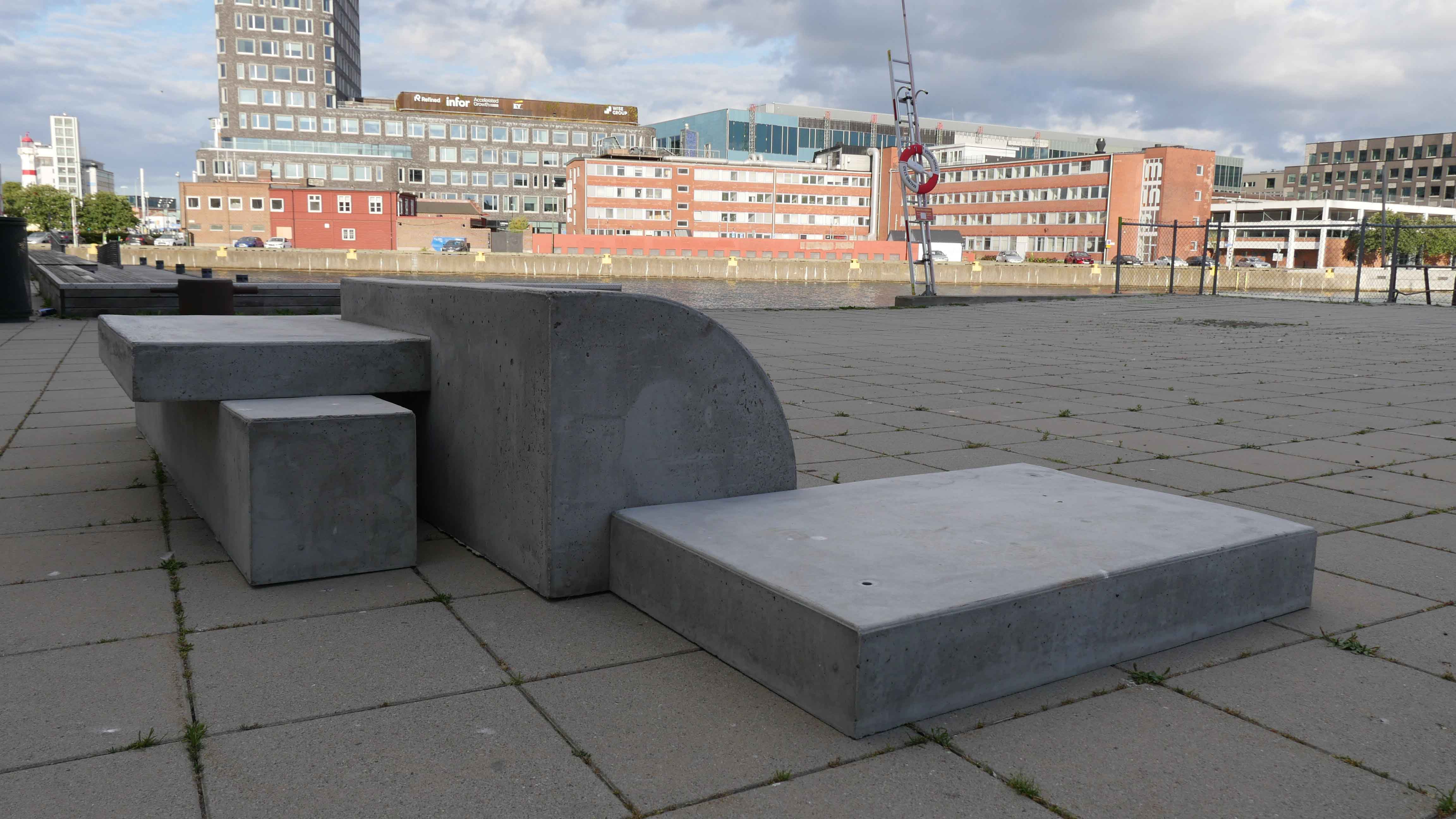 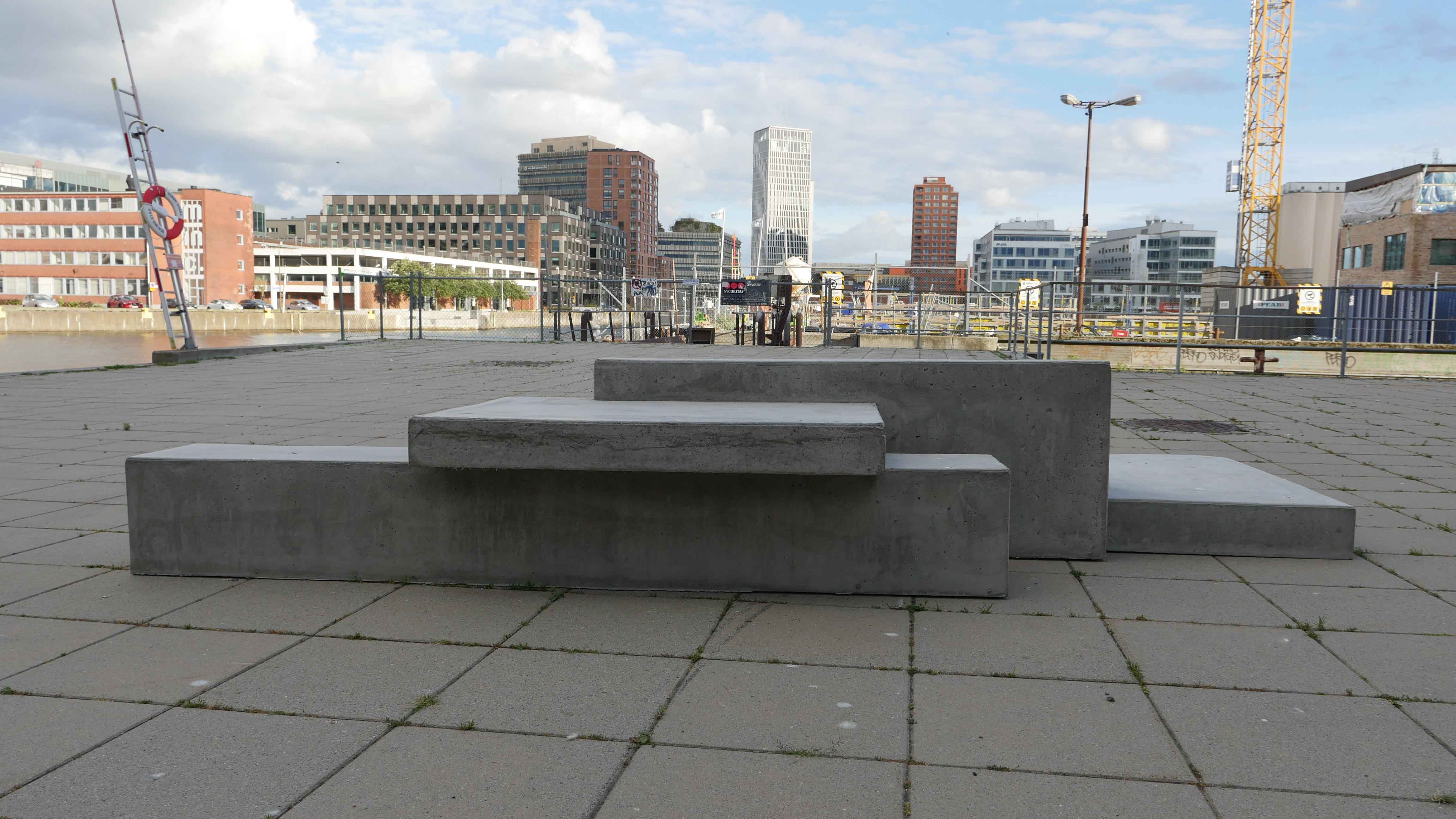 Three sculptures reproduced in three cities. HYBRID is a collaboration between Bordeaux, Malmö, Toronto and the artist Pierre Descamps. The three skate scenes have partnered with their municipalities to challenge the use of existing spaces. By introducing sculptures that invite interaction, the spaces are informed with a new aesthetic identity as well as new ways to engage. The sculptures are now placed in Malmö and ready to be skated. Enjoy.

For this project, artist Pierre Descamps was invited to create an ensemble of three site specific skateable sculptures. The challenge was to conceive each sculpture so it could accommodate simultaneously three different public space locations in the towns of Bordeaux, Malmö and Toronto.

The three volumes present as hybrid forms – a mix of angles, parallelepipeds, triangles and circles made out of concrete; geometric shapes echoing the specific architecture and landscape of each occupied location fusing into one complex build.

As for scale and proportion, the artist was guided by Le Corbusier’s research and his own practice as a skater.

Beyond the aesthetic relationship they have with each location, the shapes through inclinations or sequences of surfaces imply body mouvement – with or without the use of a skateboard. The sculptures invite skaters and passers by to stop for a moment, sit down, jump, talk, slide, meet, get excited, expend energy, exchange… During the open-air exhibition, the three shapes, located thousands of kilometers apart, will be activated by visitors and skaters in a way specific to each individual, rendering each moment in each town unique.

To install officially skateable sculptures in the urban landscape could result in de–marginalising the youthful and popular practice of skateboarding, but it is also an opportunity to infuse public spaces with some of their original social function.

Pierre Descamps, born in Amiens, France in 1975, has been graduated from the Art School Villa Arson, Nice, France in 2004. He lives and works in Berlin, Germany since 2008, where he produced dozens of site-specific sculptures in public spaces. His sculptural and photographic works have been shown in several group and solo shows in France, Spain, Germany and Italy, and he won the Spallart Price in 2019 for his series of photographs “Monuments”. Pierre Descamps is represented by the gallery Catherine Issert in Saint Paul, France, and the gallery the Goma in Madrid, Spain.